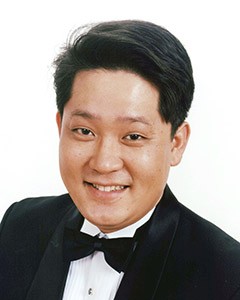 Baritone GhiBong Kim, born in Daegu, Korea, received his Bachelor’s degree in Voice Performance at Seoul National University. He continued his voice studies at “Arrigo Boito” Conservatory at Parma, Italy, which Renata Tebaldi and Claudio Abbado had attended. He graduated with the highest academic honor. He was a winner of the international competition, “Rocca delle Macie” in Siena, where Renato Bruson served as a judge. He was also a finalist at the Tito Schipa Voice Competition in Lecce and the Flaviano Lavo’ Competition in Piacenza. His major teachers were Sherrill Milnes and Inci Bashar.

Since moving to the United States, Mr. Kim has been an active performer, not only in operas, but also as an oratorio soloist. Mendelssohn’s Oratorio ‘Elijah’ is his signature role. Mr. Kim made his Chicago debut as Conte in Le Nozze di Figaro at Chicago Chamber Opera with the Northbrook Symphony Orchestra. Other roles include Germont in La Traviata with the Elgin Opera and Morales in Carmen at the DuPage Opera Theater. He performed Brahms’ Ein Deutsches Requiem with Elgin Choral Union and Elgin Symphony Orchestra, which was on air through WFMT Chicago Radio. 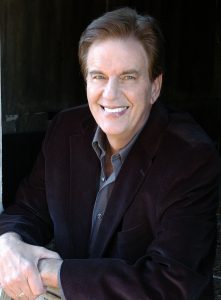 Edward Huls, a native of Michigan and graduate of Calvin College, is a national finalist of Metropolitan Opera auditions. He has appeared with major Opera Companies throughout the Country, including Chicago Lyric Opera and New York City Opera.

Mr.Huls appearances at New York City Opera include the roles of Escamillo in Carmen, Alfio in Cavalleria Rusticana, Skula in prince Igor and recently Peter in Hansel and Gretel. He has also appeared in Tales of Hoffman and roles in rarely done works such as Griffelkin, Midsummer Nights Marriage, and Dr. Faustus, The Mother of us all and Ballad of Baby Doe. In addition, Mr. Huls performed the role of Germont in La Traviata, Marcello in La Boheme, and Escamillo in Carmen with New York City Opera National Company.

Mr. Huls participated in the world Premier of Anton Copolla’s Opera Sacco and Vanzetti, performing the role of Bill Thompson.

Other recent appearances include Dr. Engle with Fort Pierce Opera, Papageno with Philharmonia Virtuosi, and Enrico with Boheme Opera and the Mayor of Padua in Bizet’s Dr. Miracle with Orchestra of St. Luke.

Appearances with various Opera companies throughout United States include:

Trained at Lyric Opera of Chicago, Mr. Huls performed Figaro in the Barber of Seville, Tarquinius in the Rape of Rucretia, and Dr. Malatesta in Don Pasquale with that Company.

Mr. Huls also enjoys the Concert stage making his Carnegie Hall debut in the Requiems of Brahms and Faure. With the New Jersey Choral Society he has performed as the Baritone Soloist in Orff’s Carmina Burana, Vaughn William’s Sea Symphony, The Lord Nelson mass, and Durfle Requiem. These were performed in the New Jersey area as well as a tour in Italy.

For the past two seasons, he was also engaged in a Pops Concert with Rutgers University in a Gala New years Eve Festival. He also performed Brahms Requiem, Beethoven Ninth, Bach’s St. Matthew Passion with Garden State Philharmonic, and performed in Madame Butterfly with Duluth Festival Opera. He also performed Handel’s Messiah with Lynchburg Chamber Orchestra in Virginia and with Garden State philharmonic.

He is currently the music minister at the RCC church in Elmwood Park New Jersey. 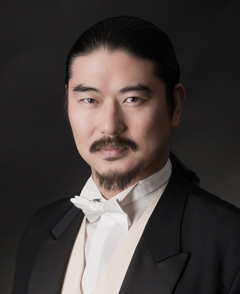 Mr. Jo has recently appeared as Elijah from Elijah by Mendelssohn. Other recent appearances as soloist include Messiah by Handel, Die Schöpfung by Haydn, Gounod’s Messe Solennelle, Mozart’s Requiem, Vesperae solennes by Mozart and Mass in C by Beethoven with New England Symphonic Ensemble at Isaac Stern Auditorium at Carnegie Hall. He has also performed with the New Jersey Philharmonic Orchestra, Hartford Symphony Orchestra, the Waterloo-Cedar Falls Symphony Orchestra, and the Baroque Orchestra of New Jersey, the Aspen Music Festival Orchestra, and among others.

He has performed in notable venues such as Lincoln Center, Isaac Stern Auditorium and Weill Recital Hall at Carnegie hall, Symphony Space on Broadway, Great Hall at GBPAC, the National Opera Center in NYC, and Mary Flagler Cary Hall at the DiMenna Center.